Mindfulness training benefits adolescents with autism and their parents

A weekly mindfulness session for children with autism and a separate program for their parents showed promising results. After nine weekly sessions of mindfulness training, 21 adolescents with autism reported better quality of life and less time spent wandering in thought about topics like sadness, pain, and why they react to things the way they do. Parents reported that their children were more socially responsive. Parents also reported reduced stress and less frequent use of “dysfunctional parenting styles,” such as shouting. 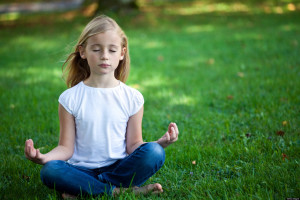 Each of the nine weeks in the adolescent program focused on a different topic. The program was based on the MYmind protocol designed for children with attention-deficit hyperactivity disorder (ADHD). The participants, who ranged from 11 to 23 years old, rated each session’s usefulness. Their favorites were “Attention to the breath” and two sessions on external and internal distracters.

One participant compared his thoughts to a subway during rush hour: “In the MYmind training, he had learned to just be on the platform. Subways with many thoughts would still come to his platform, but he was now able to let them pass, to just observe them and stay calm,” (de Bruin et al. 2014).

The parent program followed a manual based on the book Mindful Parenting: A Guide for Mental Health Practitioners (2013). Two-thirds of each session consisted of traditional mindfulness techniques, and the remaining third focused specifically on parenting. Parents reported practicing greater mindfulness after the program and in a follow-up survey nine weeks later. They also reported reduced stress after the program, but the reduction had dissipated by the time of the follow-up measure. Parents also said they were better at listening to their children and not letting their emotions get the best of them. They also felt less judgmental. Parents said they were less likely to “give in” to their child and instead follow through with pre-determined consequences. They were also less likely to make threats or yell at their child. 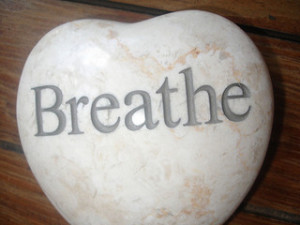 This work provides preliminary evidence that practicing mindfulness can benefit adolescents on the autism spectrum and their parents. The study has its limitations, though, and the authors recommended several future directions. For example, there was no control group that did not undergo the program. That makes it is impossible to know for sure that the program led to the positive outcomes. Also, because the parent and adolescent programs ran simultaneously, it is impossible to disentangle the effects of each individual program. Other research suggests that reduced parental stress indirectly results in improved behavior in children, for example.

While not every family can enroll in a full-fledged mindfulness program, these results encourage us to take a few moments to build a personal mindfulness practice. Whether yoga or simple deep breathing exercises, small modifications to our daily routines can help us respond more effectively to anything that comes our way.